Over the last few years the relationships between Russia and Italy have achieved excellence and among European Union countries Italy is the one whit the tightest connections with Russia. As the Russian Prime Minister stated recently, “Relations between Russia and Italy are not only a matter of good personal relations between Berlusconi and I, they are based on reciprocal state interests”[1]. Indeed, even with the previous Italian governments, a fruitful and constructive collaboration was in place. The nature of these reciprocal interests is various and quite rich.

From the political point of view, Italy is the right support for Russia’s relationships or admission’s plans in several western international organizations, such as EU, NATO, WTO and OECD.  Relations between Italy and the Russian Federation have been nurtured through numerous high level meetings and agreements[2]: the State visit to Russian by Italian President of the Republic Napolitano in July 2008; the Minister of Foreigner Affairs Frattini’s visit to Moscow in September 2008, during the Russia-Georgian crisis; the Italo-Russian governmental summit held in St. Petersburg on the 7th of November 2008 (the previous one was held in Bari in March 2007); Prime Minister Berlusconi’s meeting with President Putin in Istanbul on 3 December 2009 and finally, the enlarged intergovernmental summit in Rome on the 3rd of  December 2009.

As far as trade is concerned, Italy exports different goods to Russia, such as machinery, mechanical equipment, apparel, leather products and furniture products, while Russia is mainly exporting natural commodities. Due to the international financial crisis, Italian exports dropped in 2009 by over 30% in comparison with the previous year. Exports from Russia have been less compromised, dropping by “only” 24.7%[3], probably due to the lower elasticity of the demand curve for gas.

At the moment approximately 500 Italian companies are estimated to work on Russian soil. The main fields in which they are operating are high technology and telecommunications, auto and household appliance manufacturing and banking. In June 2009 Italy and Russia signed the Treaty for the Prevention of Double Taxation, which would further boost the commercial ties between the two countries[4]. Recently, Russian and Italian Research Ministers launched a joint research study on nuclear fusion. The project is to build a nuclear reactor just outside Moscow[5].

Besides being an important partner in energy field, Italy is also one of the biggest importers of gas from Russia: in order to strategically facilitate the delivery, in 2012 will start the construction of the so-called South Stream Pipeline, supposed to be ready in 2015. The project involves Gazprom and Eni[6].

[3] From the website of the Minister of Foreign Affairs of Italy, www.esteri.it

[5] The project is utterly significant and innovative because the Alcado C-Mod reactor would be the first in history to reach ignition, the point where a fusion reaction becomes self-sustaining. The physics Bruno Coppi will be the main investigator of the project (source: nanopatentsandinnovations.blogspot.com, 11/05/2010). 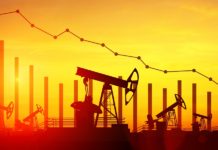 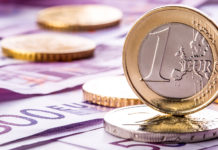