In the Name of God, the Compassionate, the Merciful

The insane, revolting insult to the Holy Quran in America, an incident occurring under the security provided by the US police, is a major tragic event that cannot be considered merely as the foolish act of a few worthless mercenaries. This is a preplanned act by those who since years ago have put Islamophobic and anti-Muslim policies on their agenda and have tried to combat Islam and the Quran in numerous ways resorting to a myriad of propaganda means and campaigns. This is another link in a chain of shameless measures launched with the blasphemy of Salman Rushdi, the apostate, followed by the insult of the base Danish caricaturist, tens of anti-Islamic movies produced in Hollywood and now crowned by this disgusting show. Who and what is behind such evil acts?

Looking into this trend of evil, as manifested in recent years in atrocious operations in Afghanistan, Iraq, Palestine, Lebanon and Pakistan, leaves no doubt that it is designed and masterminded by heads of world imperialism and Zionist think tanks which have the highest degree of influence in the government, the military and security agencies of the United States as well as Britain and some other European countries. These are those at whom the finger of suspicion of independent truth-finding groups and individuals is pointed in the case of the attack on the Twin Towers on September the 11th. The then-president of the US, a criminal, was provided with the pretext to invade Iraq and Afghanistan; he declared a Crusade and, reportedly, has said yesterday that with the Church entering the stage the Crusade has truly begun.

What is aimed at through the recent repulsive incident is, on the one hand, to take the confrontation with Islam and Muslims to the populace in the Christian community, to give it a religious coloring and entrenching it with religious zeal and sentiment by involving the church and, on the other, to divert the attention of the Muslim nations, enraged and hurt by this hideous effrontery, away from the issues and developments in the Muslim world and the Middle East.

This vengeful act is not the beginning of a trend but another stage in the long history of antagonizing Islam headed by Zionism and the US government. Now all the heads of world hegemony and impiety are ranked against Islam. Islam is the religion of human liberation and spirituality, and the Quran is the book of compassion, wisdom and justice. It is incumbent upon all free-spirited people of the world and all the followers of the Abrahamic religions to side with the Muslims in countering these heinous anti-Islamic policies and acts. Empty, deceitful words cannot exonerate the heads of the American government from the charge of involvement in this ugly phenomenon. For years those things held sacred by millions of oppressed Muslims in Afghanistan and Pakistan, in Iraq, in Lebanon and Palestine have been desecrated, all their rights and their dignity trampled on. Hundreds of thousands killed, tens of thousands of men and women captured and tortured, thousands of children and women kidnapped, and millions injured and made homeless – all victimized for what? And with these wrongs, why does the Western media represent Muslims as violence incarnate and Islam, and the Quran, as a menace to humanity? How can one believe that this vast conspiracy could be made possible without the support and involvement of the Zionist circles in the US government?!

O Muslim brethren and sisters in Iran and all over the world!
It is necessary to draw the attention of all to the following points:
First, this incident and similar ones show that what is now being targeted by the global hegemony and world Imperialism are the very foundations of the dear Islam, and the Holy Quran. The manifest enmity of the arrogant world powers towards the Islamic Republic of Iran is because of the manifest resistance of Iran against them; the claim of these powers in not being the enemies of other Muslims, and of Islam, is a big lie, a satanic deception. They are the enemies of Islam, whoever believes in it, and whatever signifies it.

Second, these spiteful acts against Islam and Muslims stem from the fact that since a few decades ago the light of Islam has been shining brighter than ever, its grip on the hearts and souls in the Muslim world and even in the West has been stronger than ever before. It stems from the fact that the Islamic Ummah is now more awake than ever and is determined to free itself of the shackles of two centuries of colonialism and interference. The incident of insulting the Quran and the Great Prophet of Islam despite all its bitterness bears great tidings. The bright sun of the Quran will shine brighter than ever.

Third, we should all know that this incident has nothing to do with Christianity and the Church; we should not regard the puppet-like acts of a few idiotic and mercenary priests as those of Christians and church men. We Muslims will never commit similar acts against what are held sacred in other religions. Conflict between Muslims and Christians, on a popular scale, is what our enemies and the stagers of this insane show are after. What the Quran teaches us is diametrically opposed to this.
Fourth, today the protests of all Muslims are directed at the US government and American politicians. If they are honest in their claim of not being involved in this, they must duly punish the main planners and operators of this heinous crime who have hurt the feelings of one and a half billion Muslims the world over.

And peace is on him who follows piety. 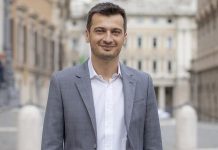 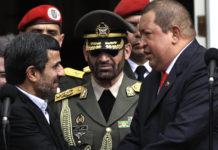 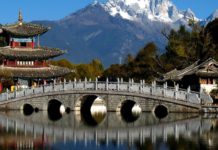 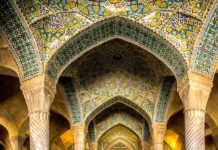 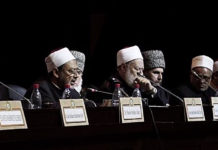 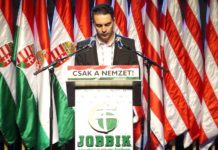