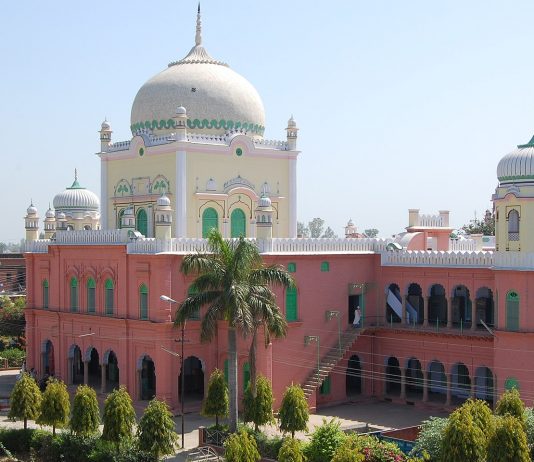 EMIGRATION FROM MAGHREB TO EUROPEAN UNION. A GENERAL OVERVIEW OF THE CONTEXT AT THE BEGINNING OF THE CENTURY XXI.

English 11 Aprile 2012
Natella Speranskaya has interviewed the editor-in-chief of “Eurasia. Rivista di studi geopolitici”, Claudio Mutti, about the “Theory of a multipolar world”. An international conference about this theme has been organized by the Eurasian Movement at the State University in Moscow (April, 25th-26th, 2012). Here the questions of N. Speranskaya and the answers of C. Mutti.

English 10 Luglio 2013
Imperialism, the “supreme stage of capitalism” The word imperialism, meaning the tendency of a State to expand in a wide geographic space and to impose...

English 27 Marzo 2011
Whatever will be the outcome of this conflict, Italy has already lost its Libyan campaign. Our governors, mindful of the worst national speciality, celebrated the 150 years of unity with a glaring about-face toward Libya. Not only the honour and reputation are at peril though. The oil furniture and orders, however the conflict will end, will probably go, most of them if not all, from the Italian hands to other countries.

PRIME MINISTER VIKTOR ORBÁN’S SPEECH AT A MEETING OF THE HEADS OF HUNGARY’S DIPLOMATIC...

English 17 Settembre 2015
Budapest, 7 September 2015 Good morning, Ladies and Gentlemen, Thank you for giving me the floor, Péter. Allow me to welcome former minister János Martonyi, and...

English 23 Settembre 2010
Those women don't have oriental names, are not Muslim and don't carry a veil on their heads. Strikingly, that seems sufficient so that millions of “human rights activists” that cry shame for Ms. Ashtiani, take no interest in their cause. here’s no difficulty in understanding why leading media of NATO countries have given so much emphasis (and distortion) to Ashtiani affair, while with unbelievable coldness they have been silent of Lewis case until a few days before execution. There’s no difficulty in understanding why Western public opinion easily mobilize to defend a condemned in a Muslim country, but ignore her counterpart in a Christian one. Because it is easier to see the straw in someone else’s eye, that admit to have a beam in one’s own.

Russia Keystone of the Multipolar System

English 1 Gennaio 2010
The new multipolar system is being consolidated. The main actors are the US, China, India and Russia. While the European Union is completely absent and in hiding in the framework of indications-diktats coming from Washington and London, some South American countries, particularly Venezuela, Brazil, Bolivia, Argentina and Uruguay, are showing their steady willingness to actively participate in the construction of the new world order. Russia, with its central position in the Euro-Asian land mass, its vast size and its current orientation stamped on foreign policy by the Putin-Medvedev tandem, will probably be the keystone in the new planetary structure. But to achieve this epochal function, it must overcome some internal problems: first of all, those regarding the demographic question and the modernization of the country, while on the international level it must consolidate relations with China and India and establish strategic agreements with Turkey and Japan as soon as possible. Above all, it must clarify its position in the Near and Middle East.
123...6Pagina 1 di 6