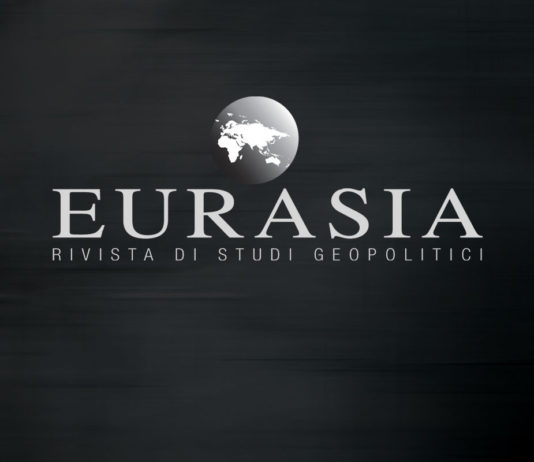 Afghanistan 1979. The Destabilization of the Near- and the Middle-East Regions and the Collapse of the Soviet Union Consequent to the Geopolitical Praxis...

The importance of Russia to Italy

English 3 Gennaio 2011
n this perspective Russia, major energy provider, becomes fundamental in the Italian geopolitics. Rome needs to keep friendly commercial relationships with Moscow to preserve the transits of Russian hydrocarbons to our country: therefore it’s easy to explain the choice the ENI made to cooperate with Gazprom, and in particular with the construction of the South Stream gas pipeline, that bypass the unstable western Europe. This factor adds up to the need of a diplomatic counterbalance in the attempt to suggest, without any doubt, Russia as one of the necessary pillars of the Italian foreign policy in the XXI century.

Exclusive interview to the SCO's Secretary-General

English 13 Febbraio 2013
Claudio Mutti interviewed by Leonid Savin (“Geopolitika”)   - Mr. Mutti we would like to discuss with you about phenomena of political islam and activity around...

English 1 Dicembre 2009
Abkhazia has long ago chosen its own direction, and the public reliance towards the current leadership is an important resource to rule this very particular country. Indeed, Abkhazia will soon clarify the main targets of its economic development, focusing especially on tourism and agronomy. Today, thanks to the improved political stability, there seems to be all the requirements for highly profitable investments, as stated in these days Christina Ozgan, the local Minister of Economy. For a long time, regional conflicts and international tensions have hampered the development of an extremely varied landscape which proved to be very interesting for different business initiatives. But today, in sight of the 2014 Olympic Winter Games in Sochi, few miles from the Abkhazian border, Sergej Bagapsh and his government could show to the international community the reality of a finally resurrected Abkhazia.

English 1 Ottobre 2009
In the new multipolar structure, fully in the consolidation phase, Africa risks becoming, for economic and geostrategic reasons, the stakes between the western system, led by the US, and the Euro-Asiatic powers, Russia, China and India. In order to prevent and block that possibility, and especially to take on a decisive global in the medium and long term, the continental integration of Africa represents a need and a challenge which the African ruling classes are urgently called to answer. Such integration must probably be configured on a regional basis, following three principal lines: from the Mediterranean, from the Indian Ocean and from the Atlantic Ocean.

Afghanistan 1979. The Destabilization of the Near- and the Middle-East Regions and the Collapse...

English 21 Dicembre 2009
Among the many events in international relations, two are, in our opinion, of pivotal importance for their contribution to the upsetting of the former geopolitical asset, based at the time on the conflict between the United States and the URSS. We are speaking of the Islamic revolution in Iran and of the Russian military involvement in Afghanistan. Following the takeover of Iran by the Ayatollah Khomeyni, one of the essential pillars of the western geopolitical architecture, with the USA as a leader, was destroyed. The Washington strategists, in agreement with their bicentenary “geopolitical of chaos”, persuaded the Iraq under Saddam Hussein to start a war against Iran. The destabilization of the whole area allowed Washington and the Western Countries enough time to plan a long-lasting strategy and in the meantime to wear down the soviet bear.

English 27 Dicembre 2010
Tuesday, 14th December have been rejected the two no-confidence motions (one in the senate, or upper house, one in the chamber of deputies) against the Berlusconi government. The no-confidence motions were submitted by the two main opposition parties, but the leader of the revolt is Gianfranco Fini, speaker of the chamber and former main ally of Berlusconi. Fini, who was the co-founder of the centre-right party PdL (The People of Freedom, Italian: Il Popolo della Libertà), together with Berlusconi, and allied with Lega Nord in the government, is known for his strongly pro-American and pro-Israel views.

English 15 Giugno 2010
Over the last few years the relationships between Russia and Italy have achieved excellence and among European Union countries Italy is the one whit...
1234...6Pagina 3 di 6